Romantic Realignments is one of the longest-running research seminars in Oxford.
Past speakers have included Marilyn Butler, Gerard Carruthers, David Chandler, Heather Glen, Paul Muldoon, Philip Shaw, Fiona Stafford and Peter Swaab, to name but a few.
All are very welcome to submit an abstract — we aim to provide a friendly 'workshop' setting in which speakers can try out new papers as well as more finished pieces, and in which lively discussion can flourish.
Held on Thursdays at 5.15pm, Seminar Room A, St Cross (English Faculty) Building.
If you would like to send us an abstract or suggest a speaker, please contact the current convenors Katherine Fender, Sarah Goode and Honor Rieley at: romantic.realignments@gmail.com

As of Michaelmas 2014, Romantic Realignments will become the 'Romanticism Research Seminar', and will be held fortnightly at Lincoln College.

(Please bear with us as the website undergoes a few alterations to its structure to incorporate this change.)

The seminar will be held at 5:30pm in the Turl Yard lecture Hall, Lincoln College on the following Mondays:

Week 5 (10 Nov): Ben Markovits, author of A Quiet Adjustment and other novels inspired by Lord Byron's life (his Faber webpage describes him as having "left an unpromising career as a professional basketball player to study the Romantics")

We look forward to a new academic year and many new faces at the seminar!

-Nicholas Halmi and Fiona Stafford, convenors
courtesy of jf at 8.10.14 No comments:

For our final seminar of the term - and of this academic year - we're delighted to be welcoming back former Romantic Realignments convenor, Judyta Frodyma, who's going to be speaking to us about the reception of Wordsworth's works and ideas in America.  As ever, all are welcome at both the seminar and the wine reception afterwards - held from 5:15pm, St Cross (English Faculty) Building, Seminar Room A - so please join us for what promises to be a fantastic talk to wrap up the 2013-2014 programme.

I examine Wordsworth’s reach as a ‘prophet of the nation’ by exploring the reception of his poetry on the other side of the Atlantic. I take my lead from Elizabeth Peabody’s letters and manuscripts and other Transcendentalist writers. Peabody says of Wordsworth that he was ‘the Messiah of the reign of the saints,' and  'a true Christian prophet.’ Wordsworth’s initial impact on America was one that strongly resonated with Unitarian readings of Scripture. I will compare the American approach to landscape in the late nineteenth century with Wordsworth’s own, and address the widely-used rhetoric of Wordsworth’s ‘ministry’ and ‘followers’, including American ‘worshippers’ who made ‘pilgrimages’ to Rydal Mount. Wordsworth’s ‘real language of men’, as well as his prophetic calling, was thus carried beyond the British landscape into a landscape of English language in America.
courtesy of Unknown at 5.6.14 No comments: 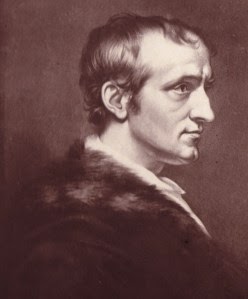 For this penultimate Romantic Realignments of the year, we're delighted to be welcoming Tilottama Rajan, Director of the Centre for the Study of Theory and Criticism at the University of Western Ontario. She will be speaking on the subject of William Godwin's historiography – specifically, the different optics through which he looks at the seventeenth century. All welcome as always in Seminar Room A at 5.15!

This paper argues that Godwin was writing a world history in bits and pieces, through his novels, histories, biographies and children's books, and that these different genres give us different optics on history. Within this larger framework he was particularly interested in the Cromwellian period as a lost republican moment that has particular resonances in his own time (around Ireland, the pamphlet wars, the suppression of radical dissent, and the "Restoration" of stability in 1660 and 1816). The paper begins with Godwin's essay on individual vs general history and then works between two very different texts: The History of the Commonwealth as an impersonal, long-durational history, and the intensive focus of Mandeville on a misanthropic individual against the backdrop of the religious divisions and fanaticism of the period, which I see as connected with misanthropy.
courtesy of Unknown at 28.5.14 No comments:

Week 4 – 'Clare's Mutterings: The Sound of Health in the Pre-Asylum Poetry' 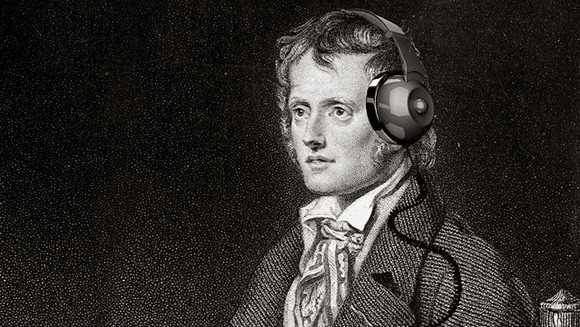 This week our speaker is Oxford's own Erin Lafford, who will be sharing some of her work on the connections between poetic form and mental and physical health in the poetry of John Clare. All welcome as always in Seminar Room A, 5.15 pm!

This paper discusses how health might function through sound in John Clare’s pre-asylum poems (1820-1837). Many critics have considered Clare’s madness, but few have addressed the experience of health in his poetry.  How can we read, or hear, a healthy Clare? I will think about an experience of health through sound in relation to Clare’s representation of health as a ‘voice’ that ‘greets’ him alongside another vocal phenomenon in his poetry. Mutterings and the sub-vocal frequently appear as a kind of nature-speech: utterances of rivers, winds and trees emanate from the natural world and ‘speak’ to Clare. Sub-vocal communication also appears as a way for Clare to figure an affective relationship with the natural world. I will consider Clare’s instances of muttering in relation to the observations and insanity treatises surrounding his entrance into High Beech and, later, Northampton asylum, many of which cite mutterings and murmurings as evidence of insanity. I consider what the ‘voice’ of health might sound like for Clare through both Gilles Deleuze’s notion of ‘affective’ vocal disturbances (Essays Critical and Clinical, 1993) and Gaston Bachelard’s healthy poetics of ‘reverie’ made up of different ‘perceptible registers’ (The Poetics of Reverie, 1960). Through Deleuze and Bachelard, I consider Clare’s voice of health as one that is attuned to the incoherent sounds of the natural world, allowing me to suggest that Clare’s pre-asylum mutterings do not foreshadow a descent into madness, but allow us to think about health at and below the level of language in his poems.
courtesy of Unknown at 21.5.14 No comments: 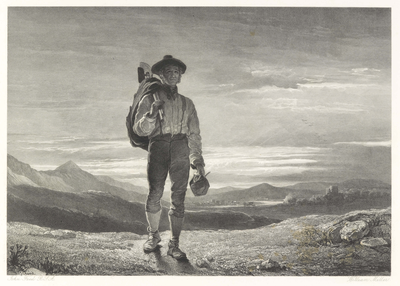 Our speaker this week will be Alexander Dick of the University of British Columbia, who comes to us via Edinburgh where he's currently a visiting research fellow at the Institute for Advanced Studies in the Humanities. Abstract for the talk below; all welcome as ever!

This paper is a chapter of my current research project, Scottish Agriculture and the Literature of Improvement 1750-1850 which studies the impact of the Scottish agricultural revolution on the ecology, culture, and literature of Scotland during the eighteenth and nineteenth century. The first half of that project considers how Scottish landowners and the philosophers and scientists they patronized refashioned the rural landscape of post-union Scotland in the image of enlightenment reason. It also considers how these same improvers confronted and described the already existing practices and cultures of Scottish agriculture and how this confrontation compelled them to change the strategies by which their mandate would appear and circulating, changes that led to the development of many of the institutions and genres of the Scottish Romanticism, including the intellectual journal, the statistical survey, and the historical novel.  The second half of the project looks at this process from the receiving end, focusing on the reading strategies--some complicit, some resistant, often both--of rural labouring-class Scots during the improvement period and traces their engagement with the questions of religion, education, and ecology with which the improvers were also contending. The concluding chapter, from which the present paper comes, examines labouring-class memoirs from the late eighteenth and through first half of the nineteenth centuries.  The memoirs are interesting, I suggest, primarily for the way they foreground the mixed character of labouring-class reading, its combination of Calvinist and improvement principles. Many of the memoirists were particularly inspired by the example of Robert Burns and use his story as a model not only for their hopes of personal betterment but also as a conduit for the senses of failure and alienation.
courtesy of Unknown at 13.5.14 No comments:

Week 2 - "The Culture of the Copy in Irish Romanticism" 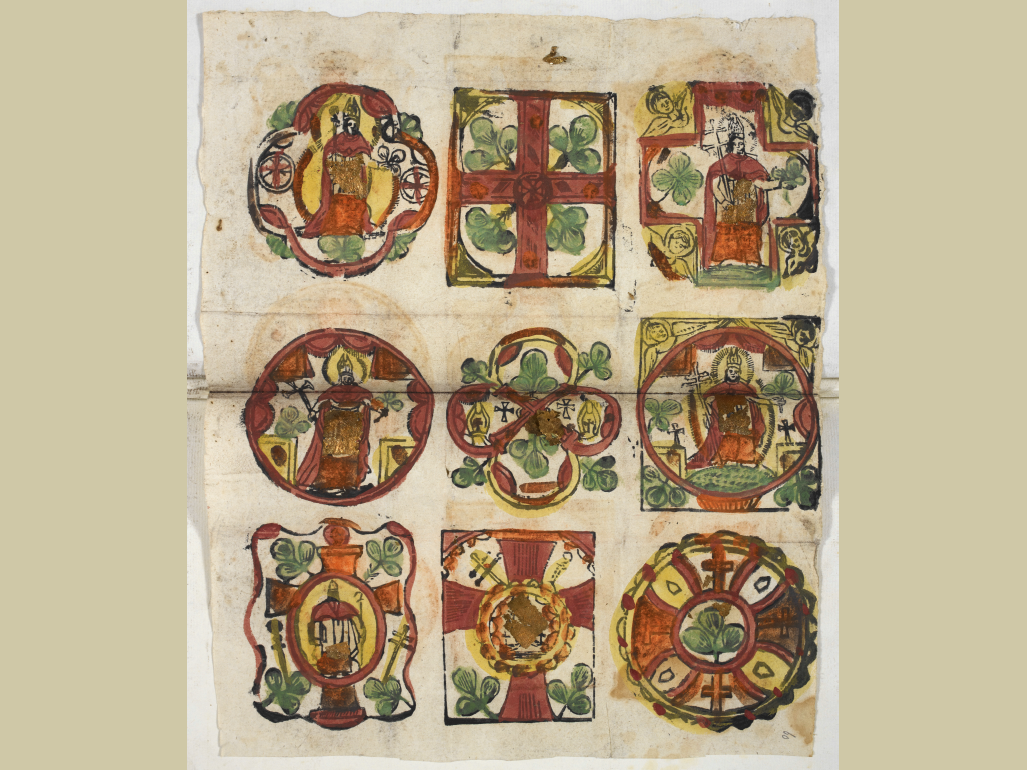 For our second seminar of Trinity, we're delighted to be welcoming Professor Claire Connolly - Head of the School of English at University College Cork - who's visiting from Ireland to speak to us about the culture of the copy in Irish Romanticism. The cultural legacies of Irish Romanticism and its geographical range will be considered through the lens of book history, as detailed below:

Following closely in the footsteps of Edmund Burke’s defense of a politics founded on a specific, just, and timely engagement with a properly apprehended past, Irish novels realize, in a variety of registers, a set of affective attachments to the local, the material, and the ordinary. Even as they occupy themselves with histories of everyday life, however, Irish Romantic novels remain self-consciously absorbed with the complex historical and material processes whereby Irish life is realized within Anglophone print culture. This paper considers a particular interest in ideas of copies and copying in Irish writing and argues that a longer and more fluid conception of Irish romanticism emerges as a result of such a focus.

Join us tomorrow - same time, same place - for what promises to be a fascinating talk.  All are, as ever, most welcome to attend both the seminar and the wine reception that follows; we warmly encourage you to do so.
courtesy of Unknown at 7.5.14 No comments:

Week 1 – 'Romantic Self-Advertising: The Art of the Prospectus' 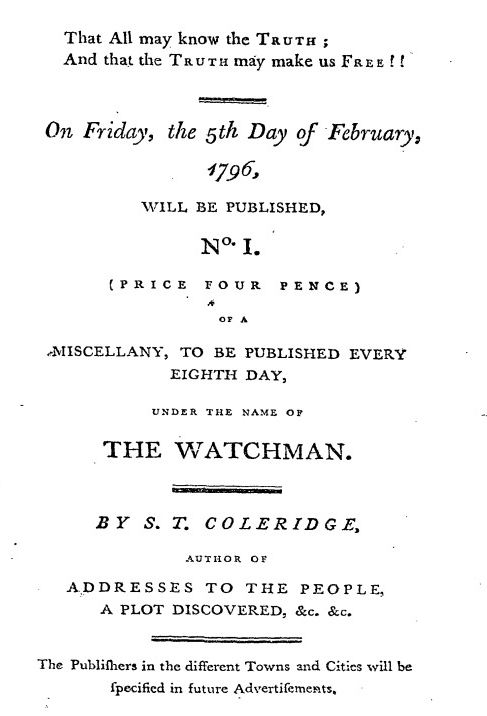 We kick off our Trinity term programme with a visit from David Duff, who will be speaking about the interesting subgenre that is the Romantic prospectus. As always, everyone is welcome in Seminar Room A for wine and discussion!